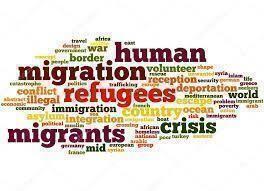 On the immigration issue we played a dirty game that in a few years has cost us uncontrolled arrivals for hundreds of thousands of people and tens of billions euros practically thrown to the wind. If we find ourselves in a country that is loyal to the rules we should open a parliamentary inquiry to ascertain responsibilities and identify the guilty by strictly prosecuting them civilly, criminally and patrimonially.

There are so many disasters that we are obliged to witness, and we have not failed to transform Italy into the largest refugee camp in Europe with the indifference of the Community authorities if not their connivance. But the most serious aspect is still another and here we really talk about the cynicism of that part of the political class that embarked on this adventure not having prepared in due time adequate instruments of reception and integration. And today the joke is added to the bad news. The same authors of this collapse allow themselves to be scandalized if we close the ports as if they did not know that the responsibility derives from having put the country in disarray by creating crumbling reception facilities away light years from a minimum reception and encouraging the exploitation of a manpower with jobs in black and forcing them to live in the slums without assistance and depriving them of all rights.

In the end they are tearing their clothes and accusing the current rulers of racism. But where were they when thousands of immigrants disembarked along the Italian coast, especially in Sicily, and allowed these poor people to be ghettoized and exploited in an indecent manner? 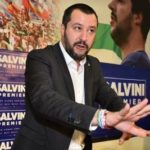 Previous Story:
Salvini dice no a due navi ong in Italia. Loro: ‘fascista’ 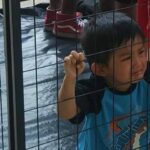