The strife and the signs of the fabricated civil war, conclusive evidence of the weakness of the state apparatus in front of the internal and external conspiracies, what is happening is shocking, yes, shocking, but at the same time very expected, the political scene that emerged from the elections after the December 17 uprising, in all its colors and all the economic and social policies that I have followed from that time and before that, and can only lead to the weakening of the state, striking its apparatus, the collapse of the economy, and the spread of chaos and violence. In this context, since the day before yesterday, violent confrontations took place between residents of the Douz region and the Bani Khaddash region in southern Tunisia over the ownership of a water spring called, Ain Sokhna, which belongs to the area of ​​Douz and geographically to the Bani Khaddash area. These confrontations left one dead and more than 60 cases of varying status The danger, hunting rifles, sticks and stones were used. These violent confrontations are due to the systematic marginalization of the interior regions of Tunisia, especially the border regions, as well as the recent high level of violence and the absence of a complete strategic vision for economic, social and cultural development, as well as tribal and regionalism. That some Tunisians still suffer.
Today, Tunisia is going through a very difficult phase at all levels and in all fields, Tunisia is in a bottleneck. All official and civil national efforts must be combined in order to save the country from the clutches of poverty, unemployment and violence and draw a better future for Tunisia. 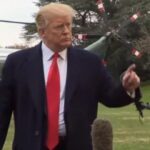 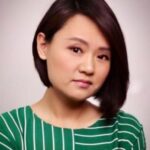