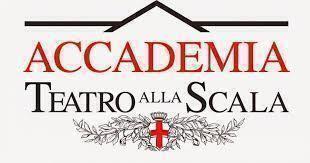 Director Iván Fischer, directs the orchestra of the Accademia Teatro alla Scala in a series of concerts in theUnited States

From 22nd to 25th October 2018 Iván Fischer, one of the most authoritative and acclaimed conductors in the world, gets on the podium of the Accademia Teatroalla Scala Orchestra for a series of concerts in the United States, promoted, under the patronage of Embassy of Italy and the Italian Cultural Institute in Washington,by the Milan per la Scala and UBI Banca, in collaboration with the American Society of Friends of Teatro alla Scala.

The concerts, hosted at the Clarice Smith Performing Arts Center of the University of Maryland, at the Richardson Auditorium of the University of Princetonand at the Peter Norton Symphony Space in New York, are born as an opportunity to meet and exchange with major universities and musical institutes of the EastCoast.

The concerts are in fact open to young American students of the most important centers of study and specialization in the performing arts, called to meet theircolleagues overseas with the aim of establishing a fruitful dialogue in the name of shared passion for music and for culture.

Leading the orchestral formation of the La Scala Academy, consisting of more than seventy young under30 from three different continents, a director like IvánFischer, regularly present in Europe, not only on the podium of the Budapest Festival Orchestra he founded, but also of the Berliner and of the RoyalConcertgebouw Orchestra of Amsterdam. Fischer boasts an election relationship with the United States, having long conducted the National Symphony Orchestraof Washington DC, as well as being a frequent guest of major orchestras such as the New York Philharmonic or the Cleveland Orchestra.

The program that the Maestro has chosen for the students of the Academy wants to be a tribute to Italian and European culture in North America: theconcerts open with the overture from La gazza ladra by Rossini, composer whose 150 this year is celebrated Anniversary of the disappearance, followed bythe Symphony n. 4 in the major known Italian op. 90 by Mendelssohn-Bartholdy, and the Symphony n. 5 in E minor, op. 64 of Čaikovskij.

For the orchestra of La Scala Academy, which over two years carries out an intense artistic activity in prestigious theaters and in the context of important festivals inItaly and abroad, addressing the symphonic, opera and ballet repertoire under the aegis of directors of proven authority, this experience is anextraordinary opportunity for educational and professional growth, as well as an opportunity for discussion and exchange with other young musicians. 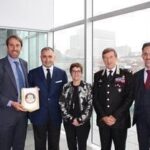 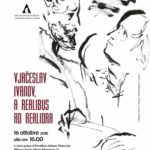