Ethiopia at risk of falling into authoritarian rule, defeating democracy 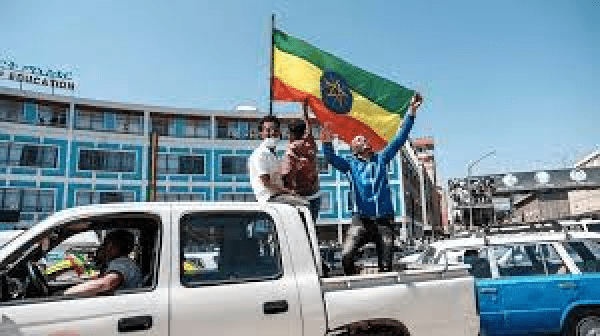 Democracy is shrinking in Ethiopia at noon of the Parliament elections postponed twice since last year. Peaceful voting is questionable due to the security situation in the country and boycott by opposition parties stemming from unrest. The elections will not include the region of Tigray. Thus, it’s a massive discrepancy – especially for the people of Tigray – for an election that is meant to be national in nature.

This applies particularly to the regional states of Benishangul-Gumuz and Oromia, the latter of which is the largest of Ethiopia’s nine administrative regions, where insurgent activity has increased. So, it may be difficult to hold elections in areas where the security situation is fragile, and violence is prone to escalate with increased attacks by ethnic militias. For example, Ethiopia’s electoral board was unable to carry out voter registration in western Oromia, and security issues also led to massive problems in Benishangul-Gumuz.

On June 21, the Ethiopians will elect a new parliament as well as regional and municipal councils. The polls were originally scheduled to take place in October last year, but were postponed due to the coronavirus pandemic. The elections postponement was a controversial move for Ethiopian political parties, especially the Tigray People’s Liberation Front (TPLF) which held regional elections unilaterally, in defiance of the federal government’s decision to postpone the polls.

Peaceful elections seem increasingly iffy in this conflict-ravaged East African nation where more than 80 nationalities and ethnic groups reside and unresolved grievances persist. The crucial problem is the level of violence we’re seeing across the country at this time, which is obviously kind of a run-up to the elections on June 21.

The Oromo Liberation Front (OLF) withdrew, claiming that the detention of some OLF leaders — not to mention the shutting down of their offices — had made the party’s work impossible. They say that almost all of its leaders and party officials are under arrest, while its offices including the main office in the capital Addis Ababa are either “ransacked, closed or are under control.

Former rebels from the OLF are widespread among the Oromo people, Ethiopia’s largest ethnic group. The powerful Oromo Federalist Congress (OFC) also bowed out, saying their leaders and members are in jail. The OFC’s party leader, Tiruneh Gamta, said he doubted the success of the elections.

It appears extremely likely that Prime Minister Abiy Ahmed and his Prosperity Party will retain power.

Since coming to power in 2018, Prime Minister Abiy Ahmed has promised to ensure free and fair elections. However,  he has jailed opposition leaders and their supporters, and denied them due process; on his watch, journalists have been intimidated and killed; and dissent and free speech has been suppressed. The Ethiopian government has refused to pursue the kind of political dialogue that could lead to a political consensus about how a new Ethiopia should be governed.

There is little hope that Ethiopia’s June elections can credibly reflect the will of the people.

The government has failed to provide unfettered humanitarian access, secure the withdrawal of Eritrean troops, or commit to a political solution to the conflict. And throughout, it has engaged in misrepresentation and disinformation, including on the origins of the crisis in Tigray, the human rights and humanitarian situation on the ground, and the active involvement of foreign troops in the conflict.

Because of these facts the United States has no other way, but to announce restrictions on economic and security assistance provided to Ethiopia over fighting in Tigray. Restrictions were also placed on Ethiopian and Eritrean officials accused of contributing to the six-month-old war in Tigray.

The TPLF, which has split from Ethiopia’s now-ruling coalition, was once the country’s dominant party and carried out an extended war with neighbouring Eritrea. Abiy has since been accused of siding with Eritrean forces to pursue the now-fugitive leaders of the TPLF.

Democrats and Republicans at the U.S. Congress are unified in their alarm and condemnation of what is happening in Tigray. Legislators have called for an international arms embargo on participants to the conflict and target economic sanctions. “Many of us believe in fact these are war crimes and crimes against humanity,” Senator Bob Menendez, the chairman of the Senate committee, said.

Ethiopia had a feudal society where people were mostly treated as serfs and subjected to indignities comparable to those characteristic of colonialism.

The Ethiopian empire was led by Amhara or Tigray Christian monarchs who treated other cultural groups as savages. Among those subjugated were the Oromos, who constituted the largest cultural group.

According to the U.S. Senator Bob Menendez, on Tigray, we see echoes of Darfur. There are reports of extra-judicial killings, sexual violence, and forced displacement of Tigrayans. Armed actors have looted and destroyed health and education installations, and attacked refugee camps.

All sides are guilty of abuses, but the fragmentary reporting we have indicates that Ethiopian, Eritrean, and allied militia have disproportionately been responsible for targeting civilians in a manner that is both reckless and sinister.

Thus, the U.S. must pursue accountability no matter how high up the chain of command responsibility lies. We should also impose targeted financial sanctions on individuals perpetuating conflict, use our voice and vote at international financial institutions to oppose all funding that does not directly support the basic needs of the Ethiopian people, and ensure that Ethiopian troops currently operating in Tigray who may be implicated in war crimes are not deployed as UN peacekeepers. The Administration should also begin marshaling international support for arms embargoes so that the weapons of war fueling this disastrous crisis can be taken off the table.

However, China, as the major trade partner to Addis-Ababa, might have an impact on the vote and make an attempt to elbow Washington out of the region, strengthening Abiy Ahmed’s hand. Beijing is allegedly behind recent protests against the U.S. sanctions.

Previous Story:
Why does Serbia demand the construction of a Russian military camp in Balkans? 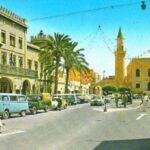