FBI boss Comey thought his dismissal ‘was a joke’ – US media

The New York Times says he was addressing staff when the news flashed on a TV in the background. He laughed at first, thinking it was a joke.

Others too are stunned. Some Democrats compared President Donald Trump’s move to the “Saturday Night Massacre” of 1973, in which President Richard Nixon fired an independent special prosecutor investigating the Watergate scandal.

“It is really quite remarkable, the notion that you would fire one of your top investigating officials when that person is in the midst of an investigation that could involve you or people high up in your administration,” said Sam Erman, an Associate Professor at USC Gould School of Law in Los Angeles.

“We have seen a president fire people investigating him before but that was Richard Nixon and he eventually had to resign.” 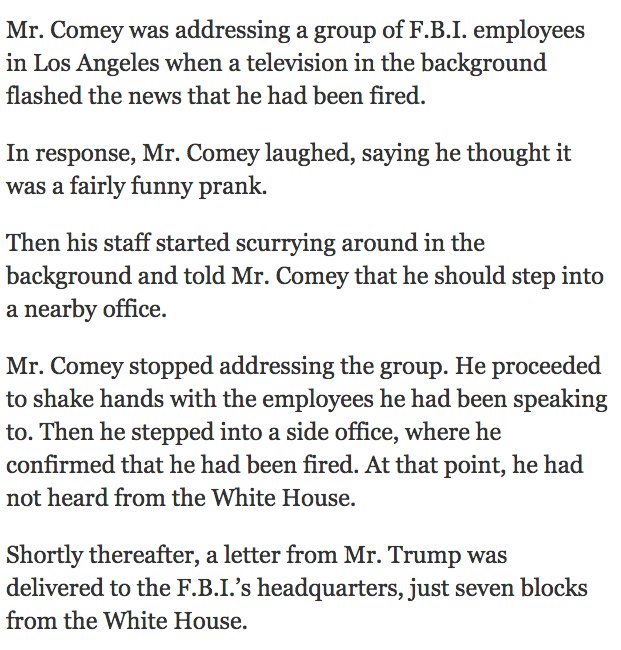