Can philosophy possibly be interpreted as therapy? The big questions about life and meaning belong to, and must be explored within, our culture as a whole and not just within groups of medical or counseling specialists. Talking treatments would thus benefit from drawing insights from other affiliate intellectual and artistic traditions.

Philosophers, for instance, have labored over questions/ issues of identity, meaning and purpose since time immemorial. Given that moral development has in no way kept pace with technological advances in the 20th century, we would be unwise to draw only from contemporary thinkers in our effort to make sense of our predicament/ existence. We cannot escape from philosophy; so, when people say that they do not know anything about philosophy, what they really mean is that they know only one philosophy, but they have no means of locating or assessing it.

As a result, this “hidden philosophy” imbues and shapes everything that people say, do or care about. Humans are also prevented from considering alternatives or placing immediate preoccupations into a larger perspective. Seeing philosophy as therapy is an ancient idea. In the antiquity practising philosophy used to be a way of life; what is more, knowledge in general was viewed as having substantial therapeutic effect.

The Ancient Greek Philosophical Dialogue, as a means of theoretically analyzing and comprehending the aims of human actions, dealt on the one hand with the incentives, the values, the moral limitations of the fragile human nature; while on the other hand this miraculous dialogue both at the interpersonal and at the interpersonal level presented numerous nourishing and supporting possibilities for potential personal self-fulfilment, self –expression and self-knowledge. Furthermore, Ancient Greek Philosophy was the first to raise all those major issues that have always and at all times preoccupied men. By giving answers to the all-important issues that have always troubled the human spirit, the ancient Greeks, unlike modern men, were able to give a widely acceptable interpretation of reality on the basis of their creative knowledge.
The ancient Greek spirit has also laid the foundations of all scientific disciplines; Physics, Mathematics, Psychology, Aesthetics, Ethics, Sociology, Political Science, to name but a few, have their origins in the ancient Greek Philosophers.

In a similar vein, P.B. Raabe mentions that: «Therefore, by studying ancient Greek Philosophical Counseling we study the origins and principles of the civilization of modern people, namely we get to know one of the dimensions of our being. Wisdom can have no other origin or locus than the personal way of living of this or that philosopher here and now. Support for this position can be found in ancient Greece at the very dawn of the western philosophical tradition.

For early Greek thinkers like Heraclitus, for example, according to Martin Heidegger, the loving, desiring, and seeking of wisdom (philosophia) by this or that particular person is primarily a way or a path and only secondarily and derivatively a what or a subject matter, as it will become for later Greek academic thinkers like Plato, Aristotle, and the entire so-called onto-theological tradition up to the present day. But originally, as Heidegger says in What is Philosophy?, “…the Greek word philosophia [φιλοσοφία] is a path along which we are travelling. However according to the same author “the philosopher is not traveling along this path alone, because the path of the lover of wisdom already implicates a necessary connection and an openness to others in conversation: The Greek adjective philosophos [φιλόσοφος] expresses something completely deferent from the adjective philosophical.

An aner philosophos is hos philei to sophon, he who loves the sophon; philein, to love, signiﬁes here, in the Heraclitean sense, homolegein, to speak in the way in which the Logos speaks, in correspondence with the Logos…. That one being reciprocally unites itself with another, that both are originally united to each other because they are at each other’s disposal—this harmonia is the distinctive feature of philein, of “loving” in the Heraclitean sense. That philosophy is fundamentally a praxis (i.e., a living practice from within an originally ethical response-ability) of loving, caring interacting between persons who seek the truth, i.e., who seek to see and to speak in harmony and correspondence with the Logos of what is happening, as it is happening, and insofar as it is what is happening for me, for us, here and now… is crucial to understanding philosophical counseling practice and will allow it to be effectively distinguished from all other forms of psychological and psychotherapeutic counseling practices operating out of an abstract theoretical framework.

This dimension of praxis that is lived through and seen through focuses on the immediate experience of this or that philosopher who is philosophizing as a way of life rather than on “Philosophy” understood vaguely and imprecisely as a subject matter to be grasped and comprehended by an unaffected knower…”
Further, Pierre Halot, in his book “Philosophy as a way of life” examines how philosophy made its appearance “as a therapeutic passion” meant to bring about profound transformation of the individual’s mode of viewing things and of being in general, on the one hand; and a transformation of our vision of the world and a metamorphosis of our personality on the other hand. Consequently, philosophical counseling does not constitute a new method neither in the field of therapy nor in the domain of philopsophy.

As a result, Ontoanalysis always sets off with the analysis of the familiar, the quotidian and the mundane, through the spectacles of our own experience. Reality, language, values, needs, labour etc are all seen as constructs and they shape and specify in each society, via their particularity, the organization of the physical, the emotional and the social world.

Today we have constructed an economic psychology, the role of ontoanalysis is imminent. How is it possible to claim that the meanings, motivations and values created by each culture have no function, perform no action other than to veil an economic psychology that is held always to have been there? This is not just the paradoxical postulate of an inalterable human nature. It is the no less paradoxical attempt to treat human lives, as they are actually lived (consciously as well as unconsciously) as a mere illusion with respect to the ‘real’ (economic) forces that govern it. It is the invention of another unconscious beneath the unconscious, the unconscious of the unconscious, which would beat once ‘objective’ (because totally independent of the history of subjects and of their action) and ‘rational’ (because constantly directed towards a definable and even measurable end, the economic end).

But if we do not want to believe in magic, the action of individuals, consciously or unconsciously motivated, is obviously an indispensable relay for any action of ‘forces’ or of ‘laws’ in history. It would therefore be necessary to construct an ‘economic psychoanalysis’ which would reveal as the cause of human actions, their ‘true’ (economic) latent sense, and in which ‘economic impulse’ would take the place of the libido.

To be sure, a latent economic sense can often be discovered in acts that appear not to possess it. But this does not mean either that it is the only one or that it is the primary one. It certainly does not mean that its content is always and in every instance the maximalization of ‘economic satisfaction’ in the sense of western capitalism. The fact that the ‘economic impulse’ — the ‘pleasure principle’, if you like, turned towards consumption or appropriation — takes this or that direction, fixes itself on a particular objective, and is orchestrated in a given mode of conduct, this depends on all of the factors in play.

This depends, in particular, on its relation to the sexual drive (the way in which this drive becomes ‘specified’ in the society considered) and to the world of meanings and values created by the culture in which the individual lives. 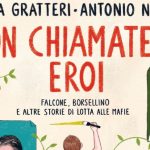 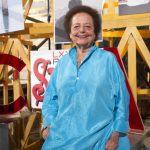