Zambia: mining revenue dropped by 30% due to coronavirus

Mining companies in Zambia, the second largest copper producer in Africa, after the Democratic Republic of the Congo, experienced a decline in revenue of around 30% from February to April 2020, due to the COVID-19 pandemic. According to what was reported, on Thursday 18 June, by the Chamber of Mines, an association of small and large mining companies, the economic impact on production and on industry revenues could last for at least 12 months.

Supply chains in the sector have been hit by declining global demand and restrictions on movement, which have hindered the export and sale of especially copper. This is what the association further specified, underlining that, in this way, both the revenues of the companies and the state coffers were damaged.

Copper is the main source of foreign currency for Zambia and a key driver of tax revenue. “The drop in mining revenue is reflected precisely in the drop in mining royalty payments, as royalties are levied on every ton of copper sold,” the House said.

Royalty payments are estimated to have reached around $ 60-65 million in the three months from February to April 2020, a notable drop when you consider that pre-coronavirus estimates were around $ 90 million. .

The collapse in copper prices has also dented corporate revenues. Mining companies saw costs rise and profits decrease as they sought to implement preventative measures to ensure the safety of workers and surrounding communities. “Zambian miners have been battling against rising costs for years and now we are concerned about the potential consequences of such a huge impact on profits,” the association said.

Zambia is a landlocked southern African country with a population of 16.59 million, according to World Bank estimates. After gaining independence from the United Kingdom on 24 October 1964, Zambia managed to make a relatively peaceful democratic transition, so much so that the first president, Kenneth Juanda, played a key role in regional diplomatic relations, cooperating with the United States. to try to end conflicts in neighboring states, such as Zimbabwe, Angola and Namibia. Not surprisingly, on the occasion of the official visit of the Ambassador of Zambia to the United States, Ngosa Simbyakula, at the White House on Wednesday, November 29, 2017, President Donald Trump praised the country for being a model of democracy for the entire continent. African. Over the past 10 years, Zambia has experienced rapid economic growth, establishing itself as the second largest producer of copper, after the Democratic Republic of the Congo. Despite this, huge Chinese investments in the area have failed to improve the lives of Zambian citizens, 2/3 of whom still live below the poverty line. According to the United Nations, Zambia has one of the highest population growth rates in the world, which, given the precarious conditions of its citizens and given the increasing arrivals of refugees from the Demographic Republic of Congo, risks facing a humanitarian crisis.

As for the coronavirus situation, the country has so far recorded 1,412 official cases of the infection, including 11 deaths, according to data from John Hopkins University. 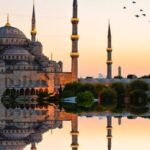 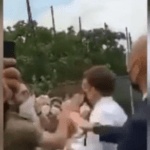