Bad Hofgastein, Austria: Showpiece EU health policy conference told that “era of disruption is upon us”.

Participants at this year’s European Health Forum Gastein (EHFG) have been urged to embrace the challenge of integrating “disruption” into healthcare systems.

Opening the forum, EHFG president Clemens Martin Auer warned that although “disruption” will be “unsettling for us all”, he wanted Participants, “to become healthy disruptors for your community. Change needs you as a disruptor.”

Auer was speaking at the opening session at this year’s annual healthcare event in the Austrian Alps, where the conference theme – “a healthy dose of disruption” – was addressed.

He spoke of the need for “actions that need to happen now”, adding, “even if this may mean disrupting the mechanics of our current systems as we know them.”

Calling for “transformative change,” Auer, also a special representative for health in Austria, told the packed audience it was “time to be outspoken” and face “uncomfortable truths.”

Speculating on how those attending the conference might help change the “DNA of health systems for the better”, Auer added, “The era of disruption is upon us and provocative action can catalyse change in areas where we are lacking momentum and leadership.”

Another keynote speaker at the session, Stephen Klasko of Thomas Jefferson University in the US, also posed a question for participants, asking, “Is there an avatar in the house?”

He argued that, after many years, the same question was still being asked: “how can we change healthcare for the better and reduce health inequalities?”

Stressing the benefits of relatively new developments in the health world such as tele-health and tele-neuroscience, the American said, “A new educational paradigm is needed, in other words, transplanting medical advances and knowledge into improved patient care.”

Klasko said, “We need to free the dark side from non-creative healthcare.”

Another speaker, Ran Balicer, from Israel, cautioned that digital health was often viewed as a cure but might become a “serious part of the disease”.

Balicer, chief innovation officer at the Clalit Research Institute in Israel, said, “We gravely need digital transformation. Transformation is the critical part, not digital. Tech is  also part of the future but not the sole solution.”

Dr Batool Al-Wahdani, taking part in the final part of the discussion, said that while there was nothing wrong with disruption what he calls “critical disruption” was also required in the workforce.

The former president of the International Federation of Medical Students’ Associations told the debate that healthcare jobs are numerically dominated by women but women still remain underrepresented in senior roles and are often underpaid relative to their male counterparts.

The opening plenary was also accompanied by a lively performance by the Conflicted Theatre Company. The so-called “disruptive theatre-play” was, it was explained, designed to provoke different views on health-care systems of the future.

The European Health Forum Gastein is an independent, non-partisan organisation, founded in 1998 which aims is to provide a platform for discussion on health policy in the EU and beyond.

Over 500 leading health experts and stakeholder participated in the annual three-day policy-focussed conference held in the Gastein Valley in the Austrian Alps.

Martin Banks is a senior reporter at The Parliament Magazine 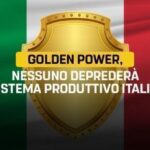